Earlier this year MUA released a new range of 6 £1 powder blushes, in a slightly different packaging. The new shades are; Marshmallow, Bon Bon, Lolly, Cupcake, Candyfloss and Bubblegum.. all with names and shades with a sugary treat theme. Sometimes I think it’s hard to review some of MUA’s products fairly as they’re just so cheap, you can’t compare them to the likes of Bourjois, Revlon or L’Oreal as they’re 7,8,9 or 10 times the price of what MUA charge. One would assume that a £1 blusher would have poor quality, but I was left very impressed by their £1 lip liner in Pink Me Up. I chose MUA Bubblegum Blusher as the first shade I wanted to try from their new line which MUA describe as a coral rose pink, which is my favourite blush shade. 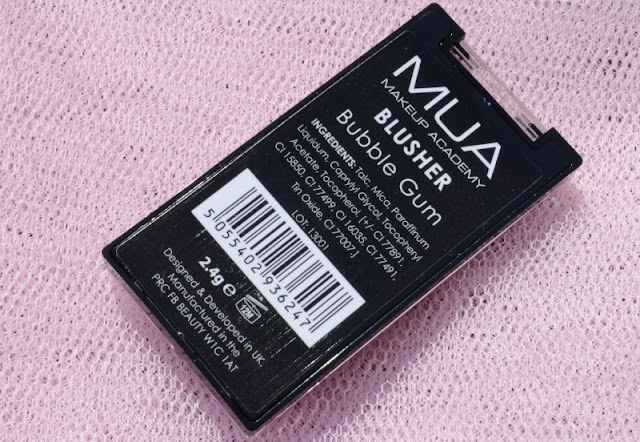 For £1, the blush contains just 2.4g of product and does contain some slightly undesirable ingredients such as Paraffinum Liquidum aka Mineral Oil which is said to prevent your skin’s normal respiration, causing it to sweat beneath the oily layer leading to skin drying out or in worst case scenario becoming inflamed.
However a lot of cosmetics brands use this ingredient, MUA are not alone.. it’s just something to be aware of. Personally, of course I prefer my cosmetics to be free from Mineral Oil but it’s in so many products, which makes it quite difficult. I have dry skin so I don’t wear this blush as frequently as others I own, as I don’t need my cheeks to become any drier than they already are. 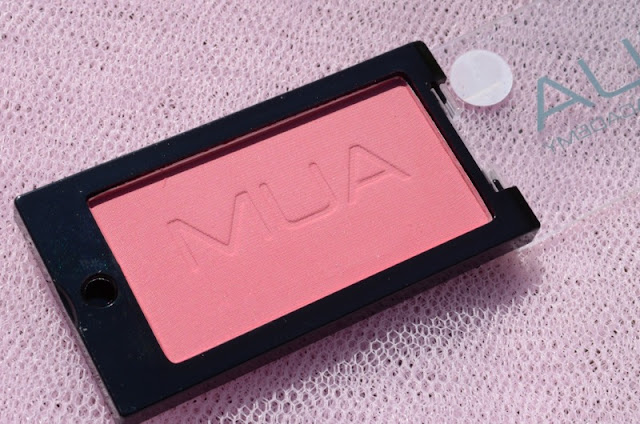 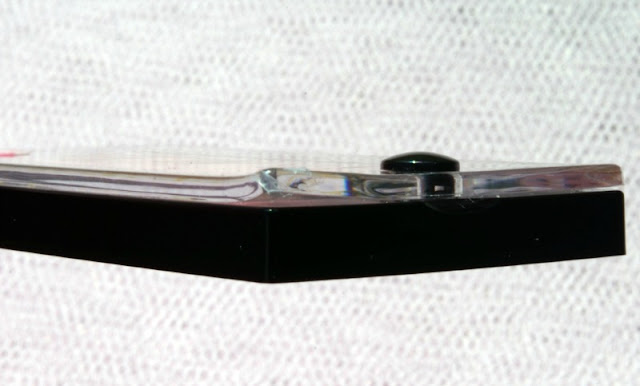 The packaging on their standard £1 powder blush line is a simple clear window which open and closes; functional yet simple. MUA have decided to change their packaging on their new powder blushes, with the clear window having a black ‘peg’ like button which presses into the bottom of the compact. I’ve never seen a product packaged like this before, and initially I did think it was a nice enough concept.
However after just a couple of uses, the black peg fell out of the top of the clear plastic so now the lid doesn’t fasten at all, it’s just open all the time, which is stupid as there’s nothing protecting the blush. Yes the blush only cost £1, but you’d expect to be able to use the blush without losing the mechanism which allows you to close the product. 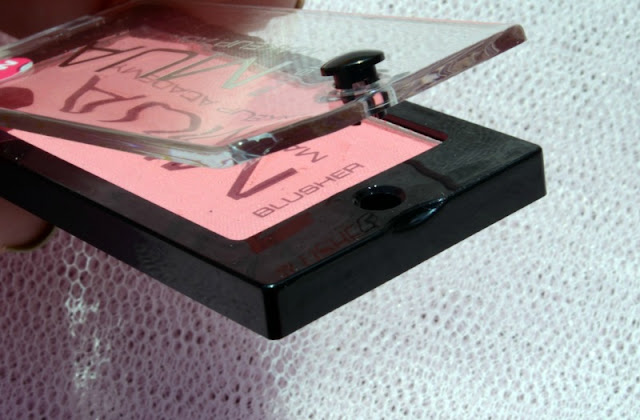 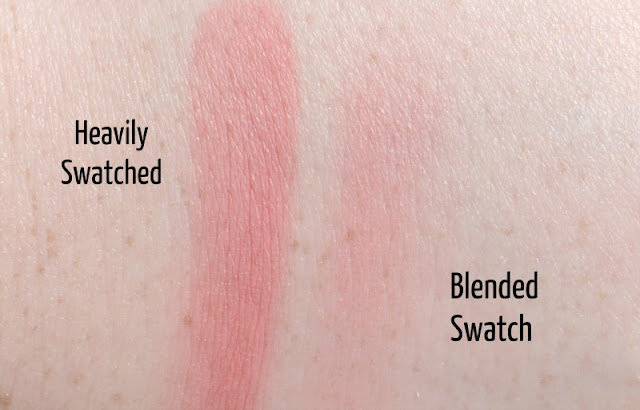 The MUA Bubblegum blusher has somewhat of a chalky consistency, which is to be expected. Bubblegum is more of a pretty rose shade when swatched and applied to the cheeks rather than it’s coral rose pink description – I can’t see any coral. For a £1 blusher the pigmentation is impressive, however the blush is quite hard to work with. I really struggle to blend the blush on my cheeks but I think oilier skin types may find blending this blush easier, as it is very dry.
For £1 I really do think the MUA Bubblegum Blusher is worth the money, the pigmentation is so strong for such a cheap blush.. I just wish they’d put their blushes back into the ‘old’ packaging. I definitely would like to try another shade, as they’re really good value.
Have you tried the MUA Bubblegum Blusher? 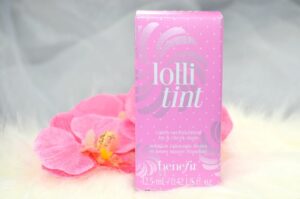 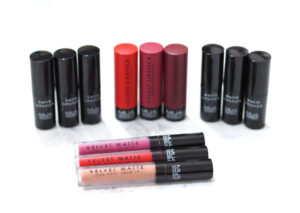 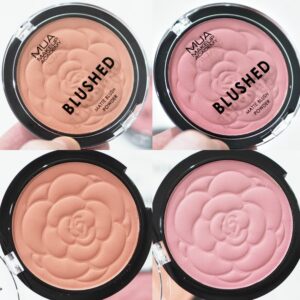