Makeup Revolution have made quite a name for themselves since their launch back in March, and rightly so with their super affordable yet good quality products. The product I was most eager to try after the Iconic 3 Palette, was one of their Vivid Baked Highlighters as I love baked highlighters. The Makeup Revolution Vivid Baked Highlighters are available in three shades; Golden Lights, Pink Lights and Peach Lights, and they retail for just £3 each. I currently own Makeup Revolution Golden Lights which at first, because of the name, I was worried would be too golden for my skintone, but I am very pleasantly surprised. 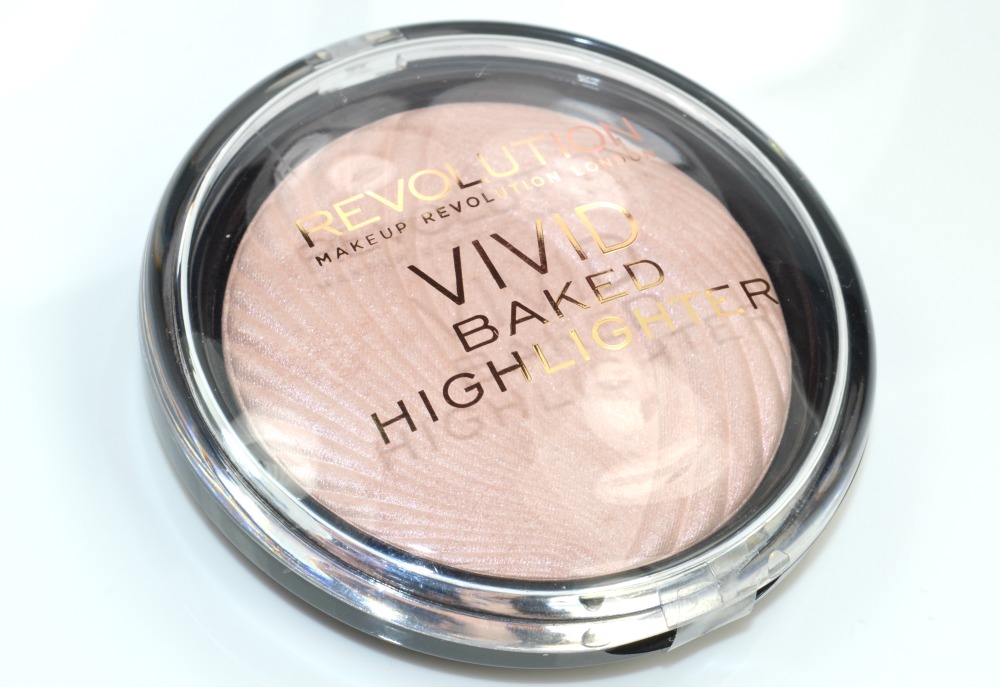 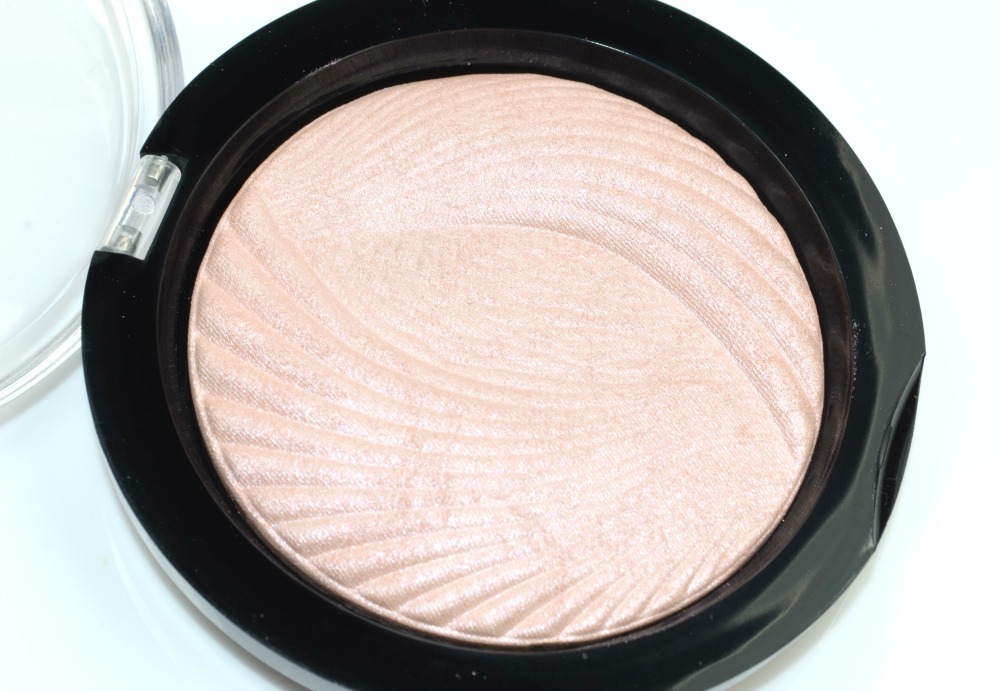 For £3 you get a mighty 7.5g of product which is packaged within a round compact with a clear lid. I’ve seen a couple of comments on other blogs about the packaging being too fragile and cheap, however I’ve not had any problems with mine whatsoever.. it feels very sturdy, and the plastic is thick enough to protect the product inside.
Plus.. it is only a bargainous £3, so you really can’t complain. The baked powder has a pretty embossed pattern which isn’t too dissimilar to the MAC Extra Dimension powders and I think it really does give the product a more luxurious feel.
In appearance, the Makeup Revolution Vivid Baked Highlighter in Golden Lights looks very similar to the MUA Undress Your Skin Shimmer Highlighter (reviewed here) and in texture they’re almost identical, but they swatch and apply very differently. The MUA offering is very, very shimmery… bordering on being metallic, and appears quite silvery on my skintone, whereas the Makeup Revolution Golden Lights if anything, is more white and a lot more subtle which is why I really do prefer this Makeup Revolution Baked Highlighter than MUA’s. 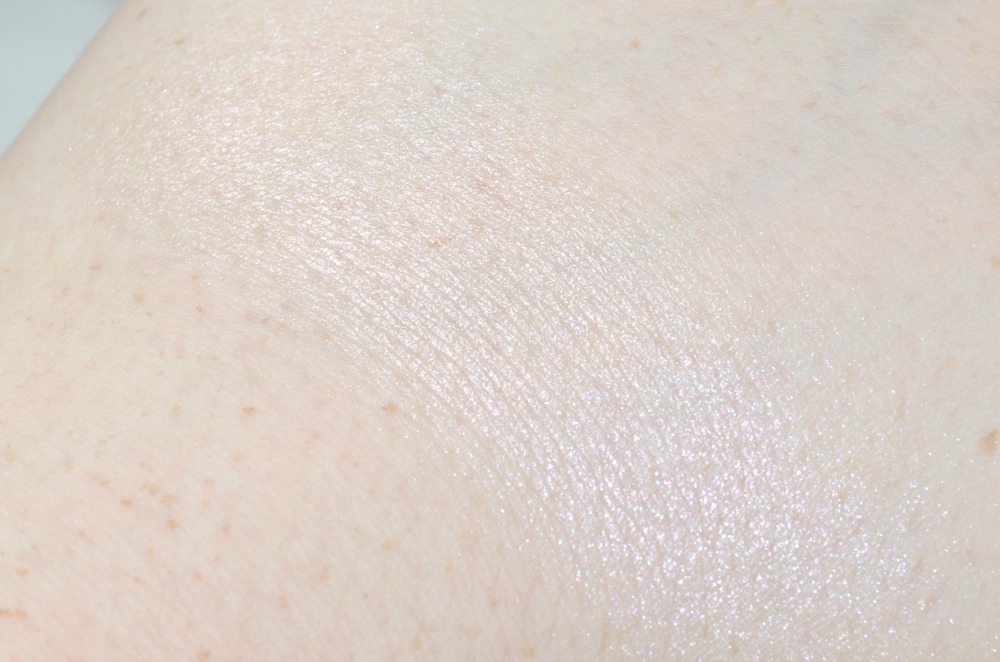 When I first swirled my fingers over the Makeup Revolution Golden Lights pan, I was surprised by how rough the powder felt.. I thought that it would be quite gritty, and chunky to apply, however it has such a smooth, lightweight texture which picks up onto a brush, and applies easily. I particularly like to apply this highlighter with my fingertip in my inner corners of my eyes, and then use a fan brush to sweep a little across my cheekbones and browbones.
After applying Golden Lights for the first time, I was taken aback by how similar it was to my beloved, holy grail MAC Lightscapade.. it’s an amazing dupe, especially when applied lightly. This Golden Lights highlighter has the ability to be built up easily, which can then look a little metallic.. unless that’s how you like your highlighter.
Colour wise, like I’ve already alluded to.. Makeup Revolution Golden Lights’ really isn’t golden at all.. it’s very much a typical a cream/off-white highlight shade which is just beautiful, and I for one am very happy with. It really does look incredibly pretty on the skin and when applied with a fan brush, looks unbelievably natural without being chunky, or containing any glitter particles.
The biggest testament to how much I love this product is that I’ve already made an order for both Pink Lights and Peach Lights, to complete the collection as I’m so impressed. It’s just such a beautiful, wearable highlighter which for £3 is beyond amazing. If you like a pretty, barely-there glow then I’d really recommend this highlighter, especially as it’s such a great dupe for MAC Lightscapade…. I really can’t wait to try the other two shades, to see how they compare. 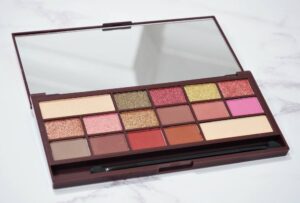 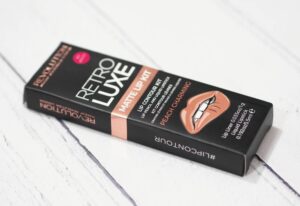 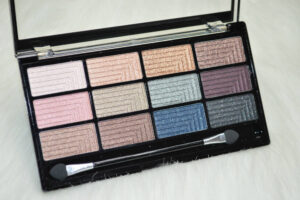