Ever since I started reading blogs and watching YouTube videos, way before I ever started blogging, I have always wanted to try the Clarisonic as it’s such a cult favourite (for the last ten years) and I’ve heard nothing but praise for their devices. Over the years, I’ve tried various cleansing brushes and they’ve all been good but not necessarily amazing and I always found myself returning to face cloths instead as I generally find them to be a lot more gentle on my sensitive skin. When I heard that Clarisonic were launching a brand new device, I was instantly intrigued especially when I read that it was for both the face and body. The Clarisonic Smart Profile Sonic Cleansing System £199 is available to purchase from Debenhams and is described as being the next generation of sonic cleansing.

The Clarisonic Smart Profile incorporates smart microchip technology in both the device itself and the brush heads; automatically adjusting timing and power for a customised face and body cleanse – all at the touch of a button.

The technology allows the device to track brush head usage and prompts users when it’s time for them to change their brush head. Clarisonic devices utilise a patented technology oscillation movement which moves the brush head back and forth between 200 to 300 times every second.

What is included within the box?

The Smart Profile Device which comes with pre-programmed intensities for each area of the face and body, manual mode with four speeds in addition to turbo boost, waterproof and LED indicators including battery life and brush head replacement.

The Clarisonic Smart Profile is slim and lightweight, and it fits comfortably in my hand as it’s slightly curved. The two brush heads that come within the box are easy to tell apart, as the facial brush head is a lot smaller than the body brush.

The bristles are attached to a disc which spins when turned on, but both brush heads have amazing movement and almost suspension, so the brush head can move over the contours of the face easily for a more effective cleanse which is something I’ve not seen on other sonic cleansing devices I’ve tried.

What instantly impressed me with the brush heads of the Clarisonic, is how incredible soft the bristles are.. they feel so silky soft, and not at all brush like which is perfect for my super sensitive skin, as I found the bristles of the Magnitone Pulsar to be much too abrasive for my skin, but these brush heads really are gentle yet effective at thoroughly cleansing my skin.

One of my favourite features of the Clarisonic Smart Profile is that it comes with an USB charging wire as well as a mains adaptor, so you choose to charge your device in your usual plug sockets, or through your laptop or computer which is amazing and so handy as you could charge it up whilst using your laptop at the same time without taking the plug with you when travelling.

The charging disc is magnetic and simply latches onto the handle of the Clarisonic without the need for a cradle which makes charging a lot easier and fuss-free. In addition to the device and charging equipment, I was impressed that the box also included a generously sized tube of the Clarisonic Gel Cleanser and Skin Polish so you can start using the device straight away, although you have to charge the device for a full 24 hours for the first charge.

I have been using the Clarisonic Smart Profile Sonic Cleansing System for nearly two weeks now, and I have to say I’m thoroughly impressed. I was a little apprehensive that the cleansing modes might have been a little too harsh for my sensitive skin, but the smart technology really does work so you use the most gentle settings for the most delicate parts of the face and I’ve not experienced any inflammation or redness since I started using it, which is something I did experience with the Magnitone Pulsar.

I love that you can choose to use the manual functions, should you need to focus on different parts of your face than those in the Smart Profile which is something I do with my jawline as that’s where the most of my blemishes crop up, so I like to concentrate on that area a little more as part of my cleanse rather than my T-Zone as I don’t suffer with oily skin.

For me, my favourite thing about the Smart Profile is that it’s a two in one, offering facial and body cleansing and it takes a matter of seconds to change the heads over. You can also choose to purchase the Pedi Kit separately which is something I’m dying to do as it’d become a three in one which makes it even more fantastic. There’s no doubt that the Clarisonic Smart Profile Sonic Cleansing System is an expensive product at £199, but it really is an amazing tool which has made such a significant difference to my skin.

My skin feels so much smoother, with my dry patches being a lot less prominent and it feels a lot more even. I’ve also noticed that my blemishes have been clearing up a lot quicker than they did before I introduced the device into my skincare routine which I love, as I usually suffer with scarring for a good three to four weeks post-blemish normally but with the Clarisonic Smart Profile they’ve been clearing up in under two weeks.

I am so happy that I’ve finally been able to try the Clarisonic, and it really is the best cleansing brush system I’ve ever tried and I really can understand the hype. It’s definitely an investment purchase, but it could be something you pop on your Christmas list if you’re in need of an effective facial and body cleansing system which will clean away makeup and grime 11 x more effectively than the hands, and it will also cleanse the skin of damaging pollution too – It’s a fantastic tool and I can’t imagine my skincare routine without it…

*This post contains a PR Sample or gifted item. 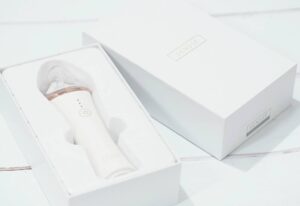 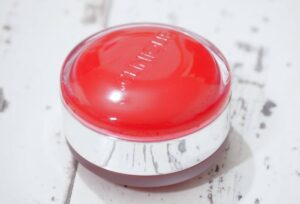