I had absolutely no idea that La Roche Posay did mascara.. I thought they just had an extensive skincare range, and I wasn’t alone if the comments on my Instagram post are anything to go by. The La Roche Posay Respectissime range was created as they discovered 85% of women use mascara regularly, with 54% of the women claiming they couldn’t live without it but half of those that regularly use mascara suffer from discomfort due to sensitive eyes and eyelids. 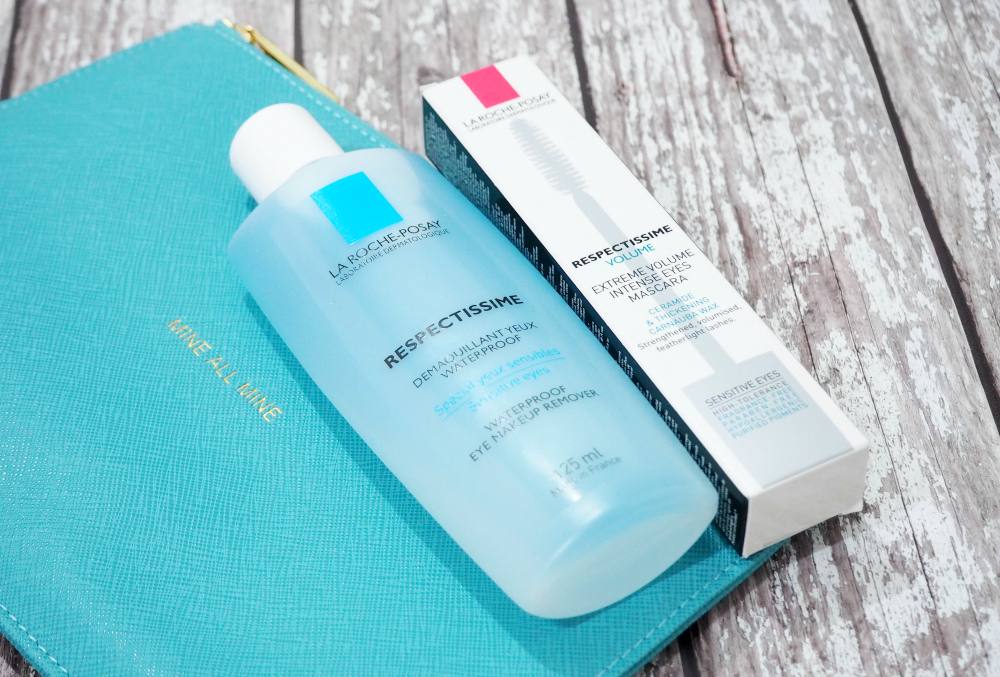 The Respectissime range offers protection and tolerance as well as the cosmetic benefits of mascara, with all of the products being suitable for those with sensitive skin and eyes, and are suitable for contact lens wearers too. The mascaras within the range have an anti-tears formula with reconstituted lachrymal liquid which imitates a tears natural composition ensuring eyes do not react or run when wearing the mascara. The range consists of a waterproof eye makeup remover as well as five mascaras, an eyeliner, eyebrow pencils and shadows and I have the La Roche Posay Respectissime Mascara and Eye Makeup Remover from the range which I’ve been trialling this week. 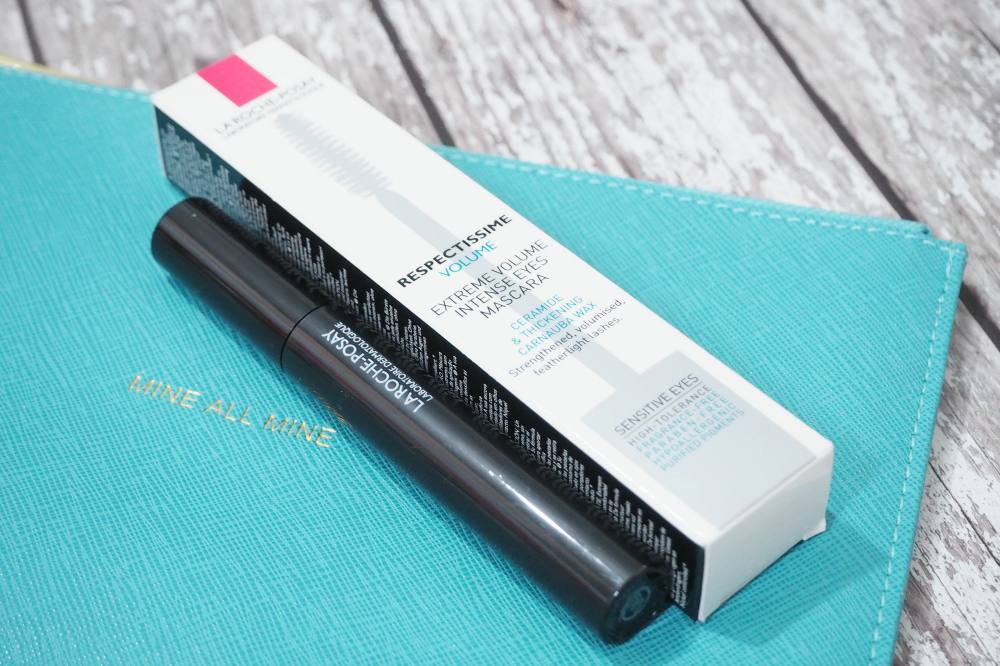 This mascara is targeted towards strengthened and volumised lashes. Lash thickening mascaras can often be dense in formula which can consequently weigh down your lashes which can cause discomfort and make the removal process difficult. The mascara uses unique lash expanding technology which comprises of low density, hollow polymeric demi-spheres which claim to envelop each lash to ‘inflate’ without weighing it down with even distribution of product from root to tip for ’15 times more voluminous lashes’. 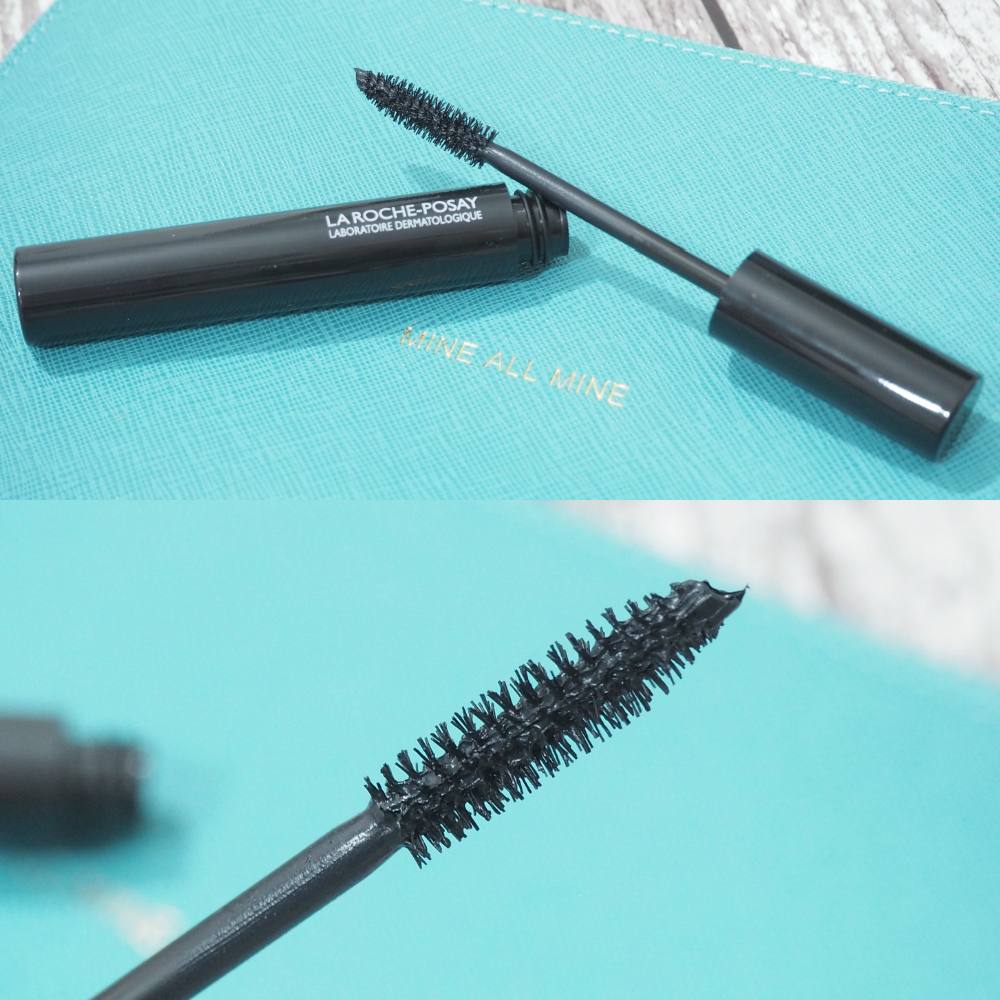 The mascara has really sleek packaging with a glossy black plastic tube with white writing, and the brush has natural bristles which is my favourite type of mascara brush as I find they work more effectively with my really short and straight lashes. The mascara is completely fragrance free and it feels very gentle on the lashes just like the claims, and my lashes remain flexible and lightweight throughout the time I’m wearing it.

I would agree that I can’t feel the mascara on my lashes and that my lashes were more supple just like the claims, and I really like how intense the pigment is within the mascara as it makes my lashes look very black and intense and it definitely does give my lashes some much needed volume. I couldn’t honestly say it was the most amazing voluminous mascara I’ve ever tried, but it’s the kindest and most gentle mascara I’ve tried and it gives the best volume I’ve seen with such a gentle formula, as usually milder mascara formulas are lacking in terms of volume and intensity.

I haven’t experienced any flaking, smudging or transferring during wear, and it’s stayed put even when my eyes water which they’re doing a lot right now thanks to my hayfever rearing its ugly head this week. It’s a very solid mascara, and will be my go to whenever my lashes or lids are feeling particularly sensitive as it has such a gentle mascara formula. 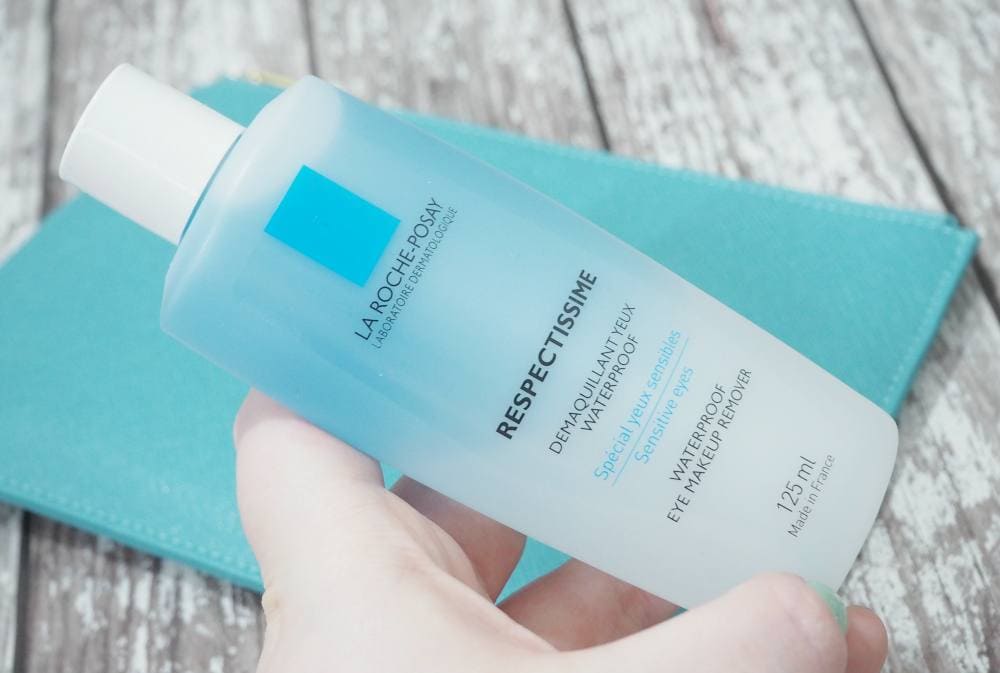 This is a bi-phase eye makeup remover which needs to be thoroughly shaken before use to ensure the fluid is mixed for the best results. The remover claims to remove makeup instantaneously and effectively without you needing to rub your eyes and lashes to remove your makeup and it’s kind to the skin and lashes. 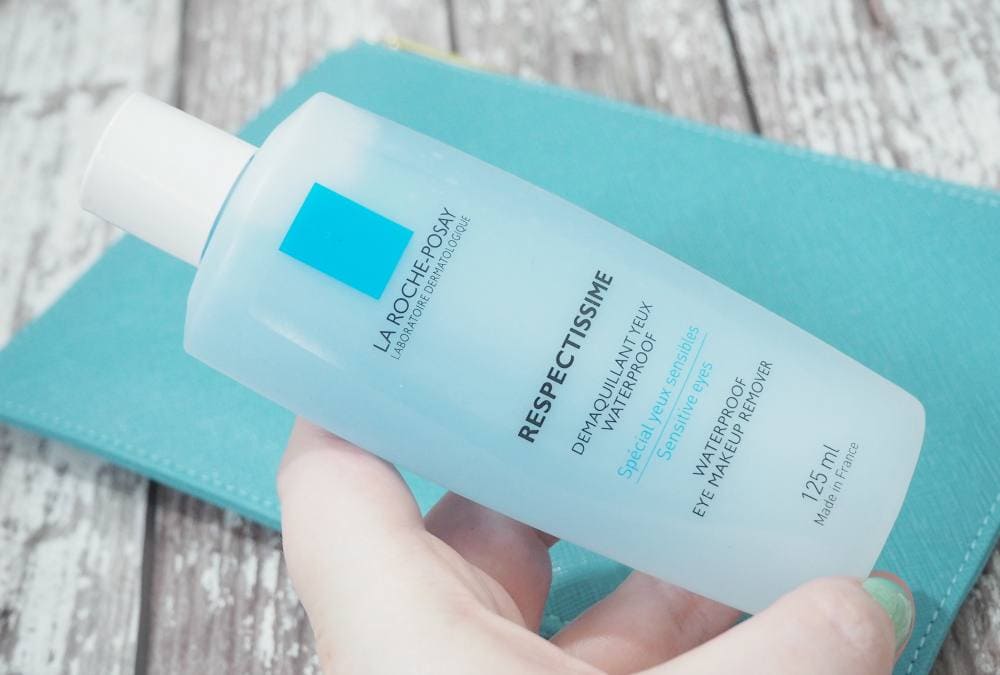 It manages to remove my makeup without stinging my eyes and I never have to rub my eyes rigorously to remove my makeup as it’s so effective, so I end up loosing less eyelashes which is definitely a bonus as I don’t have very many to start with. Again just like the mascara, it’s fragrance free so it’s very gentle and it never leaves any residue or oiliness on my lids or lashes after use which I like.

It’s a really good eye makeup remover and I think this 125ml bottle which last for a reasonable amount of time as I do only need to use one application on one cotton pad per eye so it makes it pretty affordable when you break the £11 down to cost per use. I’ve tried some higher end eye makeup removers which have been laden with fragrance which ends up stinging my eyes, and my lids so I definitely appreciate the mild formula of the La Roche Posay Respectissime collection.

I would love to know if you’ve had a chance to try anything from the La Roche Posay Respectissime collection? Would you like to try the mascara or eye makeup remover? Let me know in the comment below.. 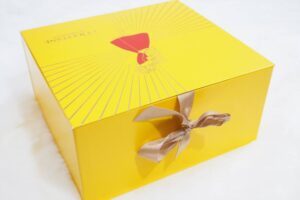 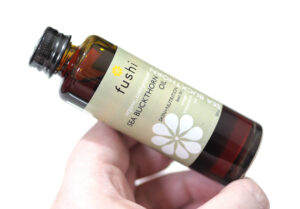 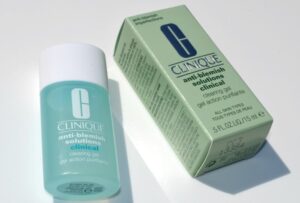