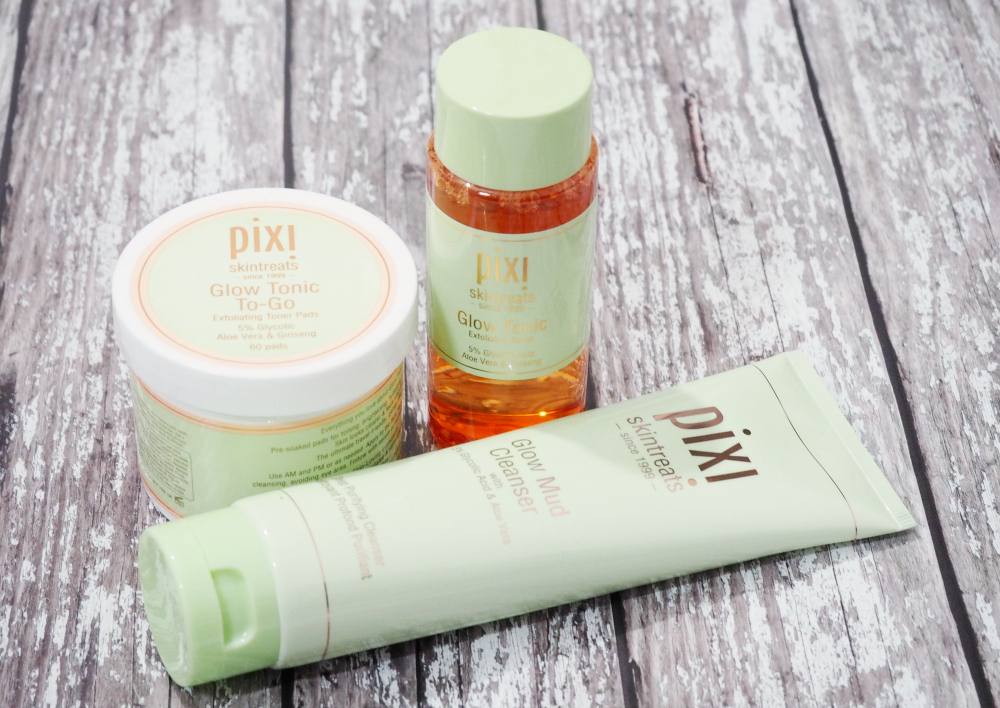 The Pixi Glow Tonic is Pixi’s bestselling product following very high praise from Caroline Hirons which lead to the brand’s soaring popularity. Following the massive success of the Pixi Glow Tonic, Pixi have added new products to their Glow range including the Pixi Glow Mist which I featured on my blog last month. 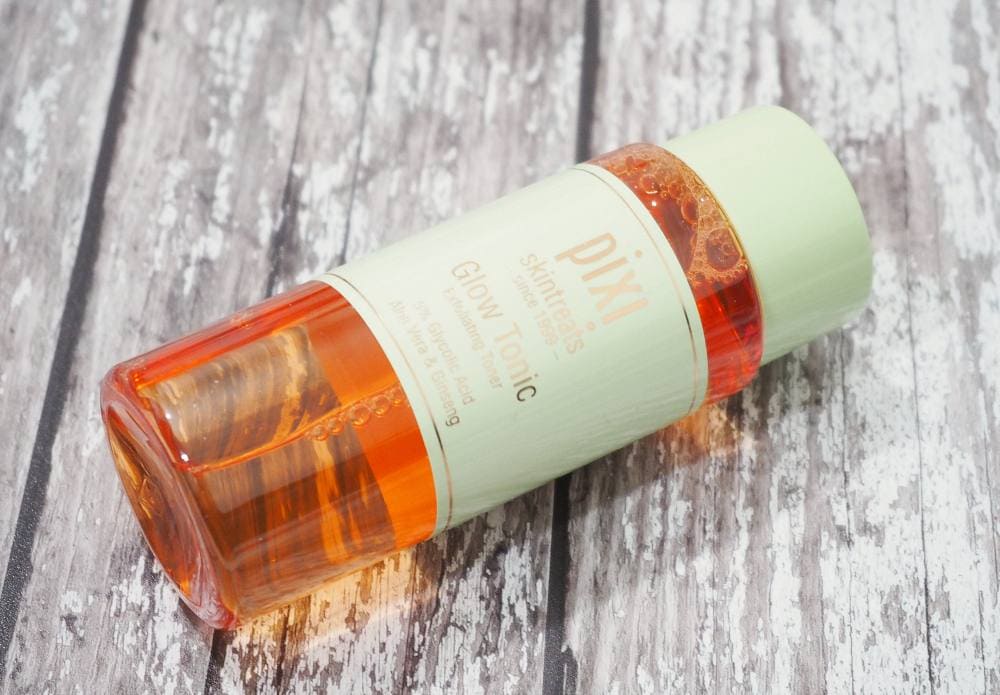 I had to kick things off with the original Pixi Glow Tonic as it was the reason for this collection being launched, which I already blogged about around two years ago now. Now I have to be honest, I wasn’t wowed by the toner which I explained in my post. Due to all of the hype, I had very high hopes and I think that’s why I was left underwhelmed.

Don’t get me wrong, it absolutely is a great exfoliating toner but I just found that it was too mild for my skin after using super effective exfoliative toners from Clinique, Vichy and SK II which I find too give more noticeable results. One of the biggest selling points for the Pixi Glow Tonic is how gentle it is which explains why I find it to be a little too mild, but that’s not necessarily a bad thing as I often turn to it whenever my skin’s feeling a little uncomfortable due to a dermatitis flare up.

If you’ve never tried an exfoliating toner before, the Pixi Glow Tonic is the perfect starting product as it doesn’t sting, it’s very gentle and it’s a pleasure to use. My skin is very dry so I swear by strong exfoliating toners to keep the dead skin cells from making my skin look dull and uneven.

It has an oil and alcohol free formula making it a good choice for sensitive skin and works to even out the skintone for a brighter, clearer complexion, whilst gently exfoliating away dead skin cells to reveal healthier, glowing skin. The Glow Tonic has won many beauty awards and for good reason too, and whilst I do like it I personally love it as much as I do the next two products which really have impressed me… 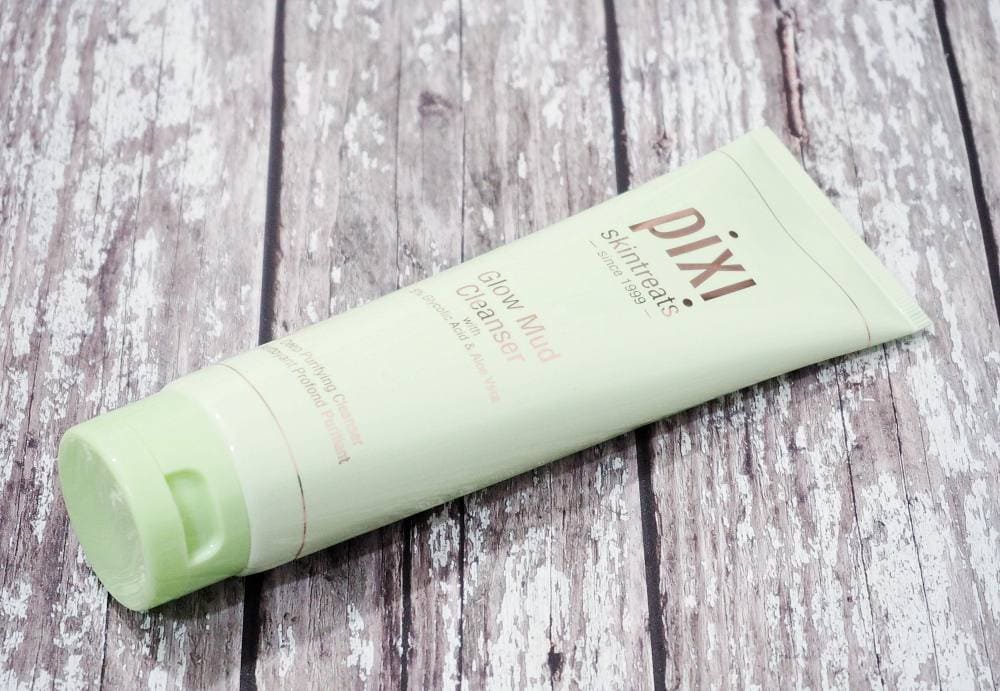 The Glow Mud Cleanser is one of the newer additions to the Pixi Glow Getters collection and one I was especially looking forward to trying as I really do enjoy using an exfoliating cleanser when in the shower as I like to apply it to my skin and leave it for a couple of minutes whilst I wash my hair. Described as being a deep pore cleansing mud enriched with 5% glycolic and soothing botanicals, and is formulated to provide effective cleansing yet is mild enough for sensitive skin.

It works to thoroughly cleanse the complexion whilst gently exfoliating to reveal radiant and healthy skin thanks to the glycolic acid whilst the mud deep cleanses the pores. The mud is quite thick and a light brown in colour which I squeeze onto my fingertips and rub both of my hands together to evenly coat them before smoothing the mud all over my face and neck.

I’ve found that the mud is best applied to the skin with wet hands and it adds a little viscosity so it covers a greater area of skin than it does when using dry hands. Scent wise it smells almost identical to the Glow Tonic and I leave it on my skin for a couple of minutes before rinsing with a hot cloth.

I don’t experience any tingle whatsoever when using this cleanser, and it’s easy to remove from the skin but I’d recommend not getting it anywhere near your lips as it tastes revolting, nor your eyes when rising as it does sting a little. It’s not a cleanser you’d use for makeup removal, it’s a skincare cleanser so one to apply once you’ve removed all of your makeup and once you’ve rinsed it away it does leave the skin feeling very soft and smooth.

Again due to the formula being suitable for sensitive skin, it is quite mild but I find it to be very effective at sloughing away dead skin cells whilst leaving my skin feeling very cleansed without feeling stripped of moisture like some acid based cleansers as it contains hyaluronic acid. I have also used it as a face mask by applying a more generous layer for 5-10 minutes which I find gives my skin even greater exfoliative results and you only need a twenty pence piece sized amount so this tube will last for quite a long time which is a massive bonus. 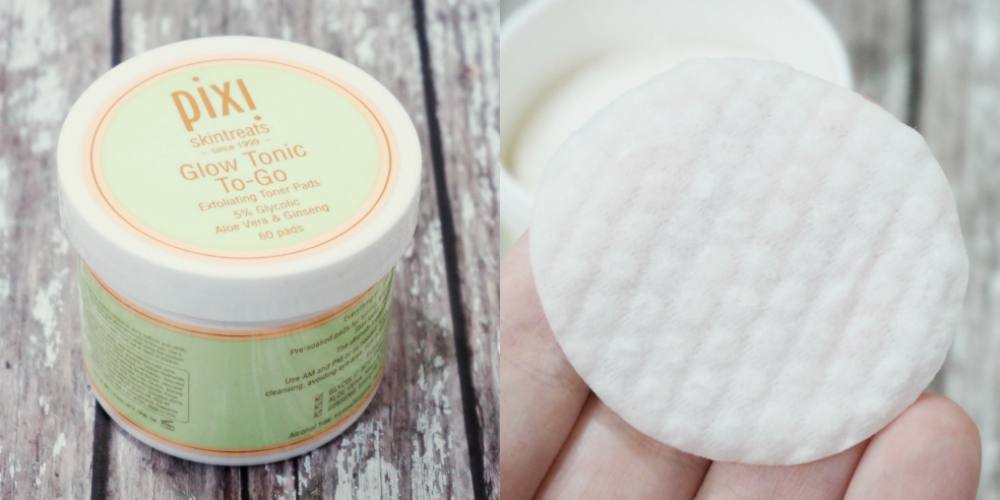 I love using exfoliating pads within my skincare routine and I’ve tried many different brands. I used to love the Nip & Fab pads but I’ve been looking for a replacement and I’ve finally found one with the Pixi Glow Tonic To Go Exfoliating Toner Pads.

The pot contains 60 pads which are drenched in a 5% glycolic acid, aloe vera and ginseng toner to tone, brighten, hydrate and gently exfoliate for clean renewed skin. The toner on these pads is the exact same as the Pixi Glow Tonic but they also do a stronger version for the pads; the Pixi Glow Peel Pads which I really need to try as they contain 20% Glycolic Acid. These particular pads from the Pixi Glow Getters collection are circular with slightly raised bumps which help with the exfoliation effect on the skin especially for dry patches.

I personally find these pads to be much more effective than using the toner so if like me you found the toner to be a little too mild, I highly recommend trying the Pixi Glow Tonic to Go Exfoliating Toner Pads.

The formula is still mild enough for sensitive skin but the raised texture really helps to boost the exfoliation effects, and they’re a lot more convenient for travel as you don’t have to take the tonic and cotton wool when travelling. If you like the Nip & Fab or First Aid Beauty exfoliating pads, you must try these as they’re much more effective in my opinion and they’re ‘wetter’ too with a lot more toner making them one of the best I’ve tried.

I’d love to know if you’ve tried any of the Pixi Glow Getters before? Do you have a favourite? 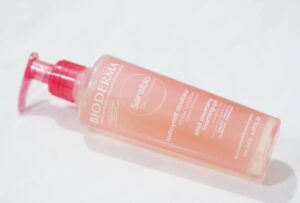 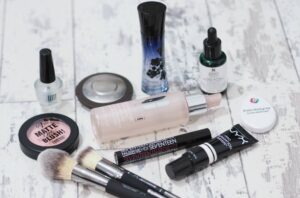 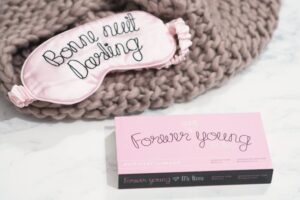