I blogged as Miss Makeup Magpie for four years and four months and I really had outgrown the name, and I hated how restrictive it was with ‘makeup’ within the name. Since I rebranded as Gemma Etc I’ve felt like I have a lot more freedom and I’m now able to blog about items I wouldn’t have felt comfortable to do whilst I was Miss Makeup Magpie.

I love beauty boxes so much and the excitement of receiving boxes and not knowing what’s inside, but I also like the idea of non-beauty subscriptions. Rob my other half is a subscriber of Beer 52 and gets a box of beer delivered every month so I really wanted to try a few different subscription boxes now and again to mix things up and my first ‘different’ box is the Degustabox.

If you’re new to Degustabox, they’re a surprise monthly food subscription box which costs £12.99 a month (although you can get your first box for only £5.99 by clicking here and using the code GEMMA7 until the 30th of September which is an amazing discount).

Each month you’ll receive a box of 10-15 food/drink items, which will always have a combined value which is more than the £12.99 monthly fee. You can cancel your subscription anytime and items in the box are often brand new to market, so the box enables you try products before you launch which is fun. I have the August Degustabox, but if you were to order one you’d get the September Degustabox but hopefully this gives you an idea of the items you could possibly receive…

The first item in the box is the Seabrooks Crisps Variety Pack £1.00 which contains six packets of crinkle cut crisps in Sea Salted, Sea Salt and Vinegar as well as Cheese and Onion. As well as the variety pack of crisps there are also two packs of the Light Bites Popped Chips 99p each in the flavours Sweet and Smoky Chipotle as well as Pesto and Sundried Tomato, which are each under 100 calories and are gluten free too.

Then we have two pouches of the JellySqueeze Jellies 69p each in Orange and Apple and Blackcurrant, and are pouches of jelly which can be eaten on the go. I love jelly but it’s such a faff to make so I’m looking forward to giving these a try. Plus there are two packs of the Maggi Fusian Noodles £1.39 each in the flavours; Sticky Hoison Duck and Fiery Sweet Chilli Noodles. I’ve never seen these before but they sound amazing, especially the sweet chilli ones and they only take four minutes to cook too.

The inclusion of Hellmann’s Real Mayonnaise £1.69 is a little random, but I guess it’s a cupboard staple. As well as mayonnaise the box included the Tabasco Green Pepper Sauce £1.89 which isn’t something I’d try as I hate Tabasco but Rob loves it, so he’ll definitely make use of this.

There were three drinks within the August Degustabox; a bottle of Twisted Halo Coconut Water, Ginger and Vodka as well as two bottles of Orangina in their Summer limited edition bottle designs. Orangina is one of my favourite drinks so I’m really happy there were two within the box.

I was hoping the box would contain chocolate and my hopes were answered thanks to the new Cadbury Curly Wurly Squirlies £1.99, Cadbury Dairy Milk Big Taste Toffee Whole Nut 65p and the Bahlsen Pick Up Black ‘n White £1.69. I am such a massive chocolate fan so I’d be perfectly happy with a box containing nothing but chocolate but 3 out of 16 items isn’t too bad at all.

I love Curly Wurly’s but I had no idea you could now purchase them in pouches, so I’ll be sure to repurchase them as they’re one of my favourites, and I’ll also definitely repurchase the Bahlsen Pick Ups as I’d never tried them before, but they’re so delicious. In addition to the chocolate there was also something for those that prefer sweets; the Refreshers Softies £1 which are like sour fizzy marshmallows.

So they are all of the items in the August Degustabox. This is not a sponsored post, but I am genuinely impressed at the selection of products and brands inside the box and the combined value for only £12.99. If you’d like to purchase your first Degustabox for £5.99 make sure you use the code GEMMA7 here, and I’m excited to see what items you get in your September box. 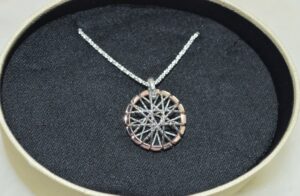 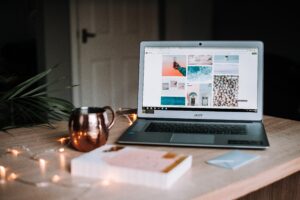