If you’re a fan of Benefit’s iconic Box ‘O Powders, you’ll be happy to know they’ve launched a collection of Benefit Cheekleaders Blusher, Highlighter and Bronzer Palettes just in time for Spring. I have loved the boxed powders from Benefit since my teens, and my first ever Benefit purchase was the Benefit 10 which was a bronzer and highlighter split pan which you could use to sculpt the cheeks. I own almost every single one of the Box ‘O Powders except Gallifornia and Hoola Lite, and I have multiple Benefit blush palettes as I love them so much. The Benefit Cheekathon Palette is one of my most used cheek palettes in my collection, so I for one am very happy to see a selection of new cheek palettes join the range.

There are four Benefit Cheekleaders Palettes in total – two of which are mini palettes with three powders, and two of them have five powders. The four palettes all have a cheerleading theme, and I think it’s fab that Benefit have launched multiple palettes to cater for different skintones as they’ve only ever launched single limited edition palettes in the past.

I know cardboard packaging isn’t for everyone, but the Benefit palettes are always very well made with a mirror within the lid, and they don’t have tonnes of excess packaging which make them difficult to store either. The two larger Benefit Cheekleaders Palettes contain the normal wooden handled, slim brush that features inside the boxed powders for application too. 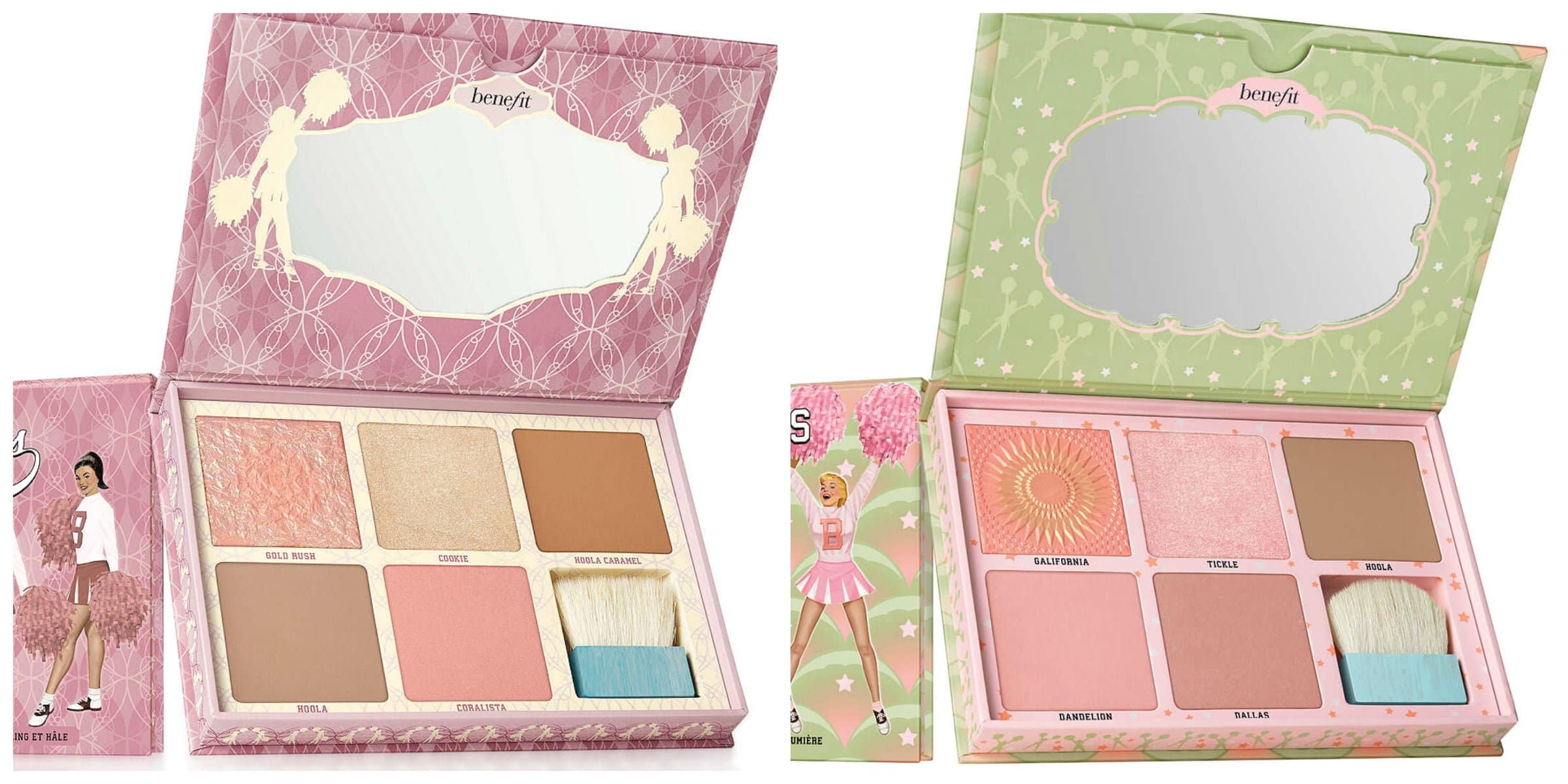 The two largest Benefit Cheekleaders Palettes are £52 each and are said to contain £130 worth of product. The Benefit Cheekathon Palette contained five full size powders and was only £44.50 so it’s a shame that they’ve increased by nearly £10 each, although these two palettes do contain five full sized powders also.

If you don’t fancy a big blush, bronzer and highlighter palette, the Benefit Cheekleaders collection also features two mini sized versions of the big five pan palettes and they’re £26 each with three powders each. The two palettes have the same name, packaging design and colour theme as the larger palettes except they’re the ‘Mini’ versions. In each of the two mini palettes, there’s just one new shade and both palettes feature a brand new highlighter shade, and I like that they’ve chosen completely different shades for each mini palette with no crossover so you could buy both without having duplicate shades.

I am really tempted by the Cheekleaders Mini Pink Squad or Cheekleaders Pink Squad full size palette as I don’t own Galifornia or obviously Tickle, and they look super pretty and I think they’d work really well for lighter skintones. Benefit sometimes include brand new shades within their limited edition launches as a sort of sneak preview of upcoming launches, so hopefully we can expect to see Tickle, Cookie and Hoola Caramel launched individually very soon.

I’d love to know which Benefit Cheekleaders Palette is your favourite? 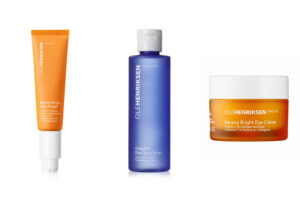 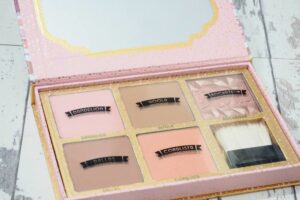